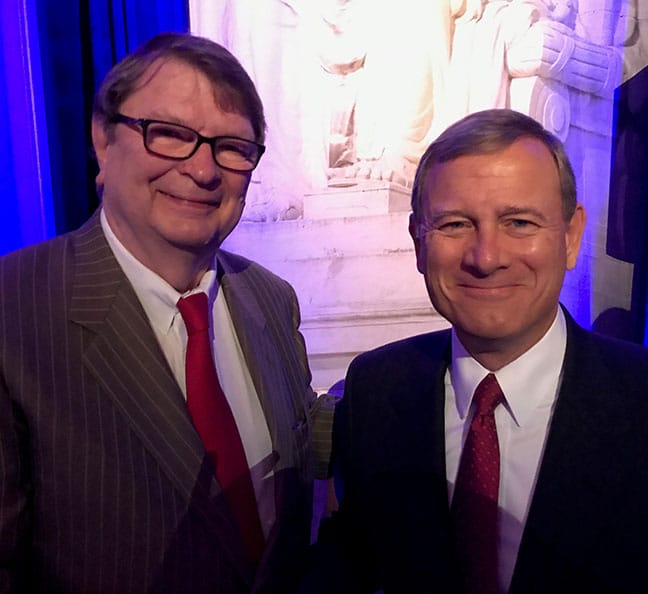 Congressman Mike Turner invited Merle Wilberding as his guest at the Congressional Dialogues at the Library of Congress on Tuesday, October 24, 2017. These educational conversations for a limited number of Senators and Members of Congress are hosted by David Rubenstein, the Chairman of the Board of the Library of Congress. At this convocation, David Rubenstein interviewed John Roberts, the Chief Justice of the United States Supreme Court, followed by a Q&A session. During the evening, Merle Wilberding, long time attorney at Coolidge Wall, had the opportunity to meet the Chief Justice, and they posed for this photograph.