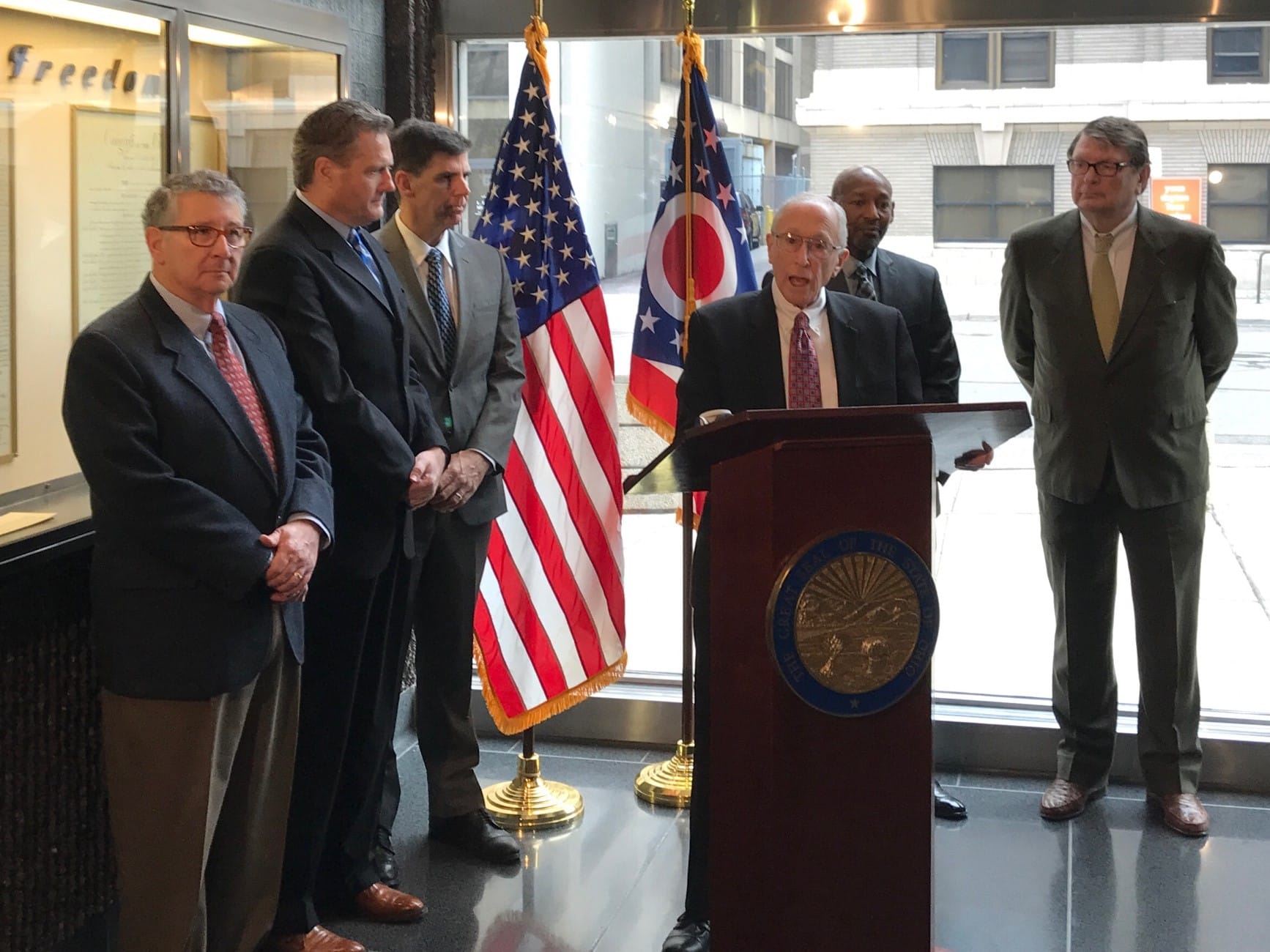 Walter Rice graduated with a B.A. from Northwestern University, and then received a combined J.D./M.B.A. from Columbia University. Judge Rice has had numerous honors during his illustrious career, including honorary degrees from both the University of Dayton (Doctor of Laws, 1991) and Wright State University (Doctor of Human Letter, 2000). In 2014 he was the recipient of the Thomas J. Moyer Award for Judicial Excellence. Sitting first as a Dayton Municipal Court judge and then as a Montgomery County Common Pleas Court judge, Walter Rice was nominated to be a United States District Court Judge by President Jimmy Carter in 1980.